In the fall of 2003, I had a gastric emptying test done to confirm that I had gastroparesis.  Gastroparesis is delayed stomach emptying due to nerve damage in the stomach.  The results did not come as a surprise to either my doctor or myself because I had tests done prior to the gastric emptying test that showed I had food in my stomach even though I had not eaten in over 12 hours.  What did come as a surprise to me was the lack of understanding/knowledge by doctors in managing blood sugar for someone with gastroparesis.

With gastroparesis, blood sugar can bounce all over the place because if your insulin hits before your food starts to digest, your blood sugar drops.  You never know when your food is going to start to digest and chances are, you don’t have insulin in your system to cover it when it does.  Even though doctors knew I had gastroparesis, I was still treated as though I must be doing something to cause my blood sugar to bounce all over the place.  Once when a doctor was criticizing me, I said, “tell me what to do, I will do it” and I was met with blank stares.  I was in the hospital for a week, and as usual, my blood sugar was bouncing all over the place.  My last day there, the doctor told me that my blood sugar baffled him.  I said “welcome to my world.”  Although he did not help me, he was the first doctor to actually believe me that I was not causing it since he was controlling both my insulin and diet.

I talked to someone on a message board that went to the Mayo Clinic.  She was told that with gastroparesis, she would never be able to get her A1c’s below 7.  I know that is not true because I have done it – my A1c’s have been consistently below 6 for the last two years.  You would think that if anyone would “get it,” doctors at the Mayo Clinic would get it!  Like me, she was not offered any advice on how to manage.

Besides the lack of information about managing insulin with gastroparesis, most people are not even given information on what kind of diet they should follow.  I was very fortunate in that respect because my gastroenterologists’ had a gastroparesis diet on their website.  You can find that diet at www.gicare.com, just click on “Diets” to take a look at what kinds of foods are off-limits with gastroparesis.  I was also fortunate that my PCP at the time suggested using Glucerna – which is a liquid shake fortified with vitamins and nutrients that we need.  I have recently switched to Boost Glucose Control.  I don’t know if Glucerna changed something in their formulary, or the digestive issues I am currently having because of an out-of-whack thyroid is causing it, but Glucerna and my stomach don’t get along anymore.  A liquid diet is a major staple in my diet and I buy it by the case.

Your stomach is not normal and you cannot eat like a normal person.  If you want to get your blood sugar under control, you need to accept that fact and quit trying to eat foods that are difficult to digest – otherwise, you will continue on the blood sugar rollercoaster.  I know the diet is boring.  A lot of the foods on the diet are also not blood sugar friendly so you need to skip those.  I also follow a gluten-free diet so there are not too many foods left to pick from when you start crossing things off the list!  Don’t look at the diet and think you have to eat stuff loaded in carbs – I eat about 90 grams of carbs a day.  Although that is not the Bernstein-recommended diet of 30 grams a day, it is not a high-carb diet either.

People with normal stomachs that are opting for tight control split their mealtime insulin up when they are eating hard to digest foods.  People using pumps have an extended bolus feature to handle their meals.  Why wouldn’t a person with gastroparesis split their mealtime insulin up to try and match digestion?  That doesn’t sound like rocket science to me but that was never suggested to me.  The only thing that doctors ever suggested to me was to wait until after I ate to take insulin but that didn’t work either.  As soon as I started splitting my insulin up to match digestion, I saw a huge improvement in my A1cs.

A great book for managing insulin is John Walsh’s Using Insulin.  This was not written for gastroparesis but he has some great tips on insulin usage.  He also wrote Pumping Insulin for people on pumps.  Another book that people recommend is Think Like a Pancreas by Gary Scheiner.  I haven’t read it but it is my understanding that it is not as technical as Using Insulin but still has a lot of useful advice.

I also switched my fast acting insulin to Apidra.  Out of the current fast acting insulins on the market, it has the shortest duration and is out of my system in about 2 ½ hours — that is important when you are taking about three shots per meal so you don’t have a ton of insulin tails floating around in your body!  A lot of people seem to think Apidra is also the fastest insulin on the market – there are charts published that show it starting to act in 20 minutes, which is actually slower than Humalog or Novolog.  That is consistent with what happens for me.  When I wanted to try it, I was concerned that it would be too fast for my stomach and my doctor thought the same thing also, but he gave me a sample to try.    That was two years ago and I have had no regrets in switching to Apidra.

I have had quite a few people try to tell me that I should take Regular insulin because it is the slowest insulin on the market.  My problem with that is that Regular insulin hangs around in your system for about six hours.  When I eat, I don’t know if my food will digest in 4 hours or 24 hours so I don’t want insulin hanging around in my body for 6 hours with food sitting in my stomach going nowhere.  With Apidra, I can take some insulin that will cover the food that does digest right away and it is out of my system fast.  I take more when my food starts to digest.  Once my food does start to digest, I need something that will start working right away, not an hour from now.  Besides your food not digesting, it is hard to get your blood sugar to come back up when you crash because the treatments for low blood glucose don’t work either (except a glucagon shot). John Walsh does have a small section on gastroparesis in Using Insulin and he recommends using Regular insulin.  I disagree with him on that, but I would still recommend his book!

Most importantly, you need to test a lot.  Even following a gastroparesis diet, it is impossible to tell when your food decides to start to digest.  With gastroparesis, trends don’t happen and every day is different.  Prior to getting a CGMS (and I am back to doing that since my Navigator died), I was checking my blood sugar about 18 times a day.  I literally checked every hour.  It is easy to go from 80 to 180 in an hour, and if you aren’t paying attention to when your food starts to digest, you can end up at 400 instead of 180.  It is very important to catch your blood sugar when it starts going up instead of trying to bring it down after it gets high.  The only way you can do that is by frequent testing or using a CGMS.

Don’t ever let anyone tell you that it is not possible to get decent A1c’s with gastroparesis!  It won’t be easy, but it is very possible.  The work is worth it because you can get off those blood sugar roller coasters, quit being sick in your stomach all the time and save yourself from even further complications. 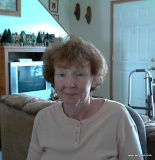 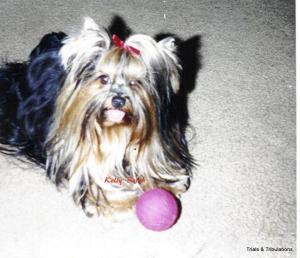